Three months have passed since the beginning of dieting from the middle of April.

I am giving up thinning over and over so far, but the results are coming out this time. I will tell you the reason at the end.

Weight at the start of diet

It was a result of minus 4.8 kilos in one month.

Weight after 2 months from the beginning of diet

From the second month onwards, I ate so much.

I ate a delicious thing convincedly because I went back to Japan temporarily. As a result, it increased to 90.1 kg at a stroke. In the midst of extending by 1.5 kg in just 10 days …. (I did not increase as much as I thought.)

Weight after 3 months from the beginning of diet

So, in my case I succeeded in dieting 7.1 kg in 3 months, but I will tell you again what kind of diet you are doing.

My diet method for 3 months came

Although I managed to lose weight despite the lapse of a lapse of time, basically I was doing muscle training while doing a reasonable diet.

I will briefly introduce how it came.

It is a site which can confirm the basal metabolism and the necessary amount of my 3 major nutrients.

AI’s nutrition managers advise variously just by searching for and inputting what you ate easily. I managed the intake and calories of three major nutrients.

Over, I’m on a diet with this method and tools.

Why is this diet going well?

Frankly because it is aimed at building a muscular body by doing muscle training.

Up to now I have been rebounding immediately after diet restriction × jogging center impossible for a short period of time, but this time I am on a diet incorporating muscle training to give muscle firmly to the whole body.

By doing a muscle trekkai diet,

Because it makes good use of the merit such as diet is going on properly.

The diet will continue forever.

Three months have just passed, but when I look back on my previous exercise and eating habits, I learned that “there was no reason not to get fat.”

And from now on, I also realize that I have to go on a diet for the whole life to maintain my body shape in an ideal shape.

It may be thought that life is a diet or too hot, but people keeping their body shape as good as they are trying to take good care of meals or exercising.

So it can not be helped. Especially for the fat that gets fat only until it reaches 100 kilos.

My goal is to make my weight less than 80 kg at the end of 5th month of diet!

The future goal is to make it from 88.0 km to 80 km in three months while attaching the muscle. We will reduce the remaining 8 kilometers by mid September. I think that I want to become fat bodied by dropping only fat without lean body mass of muscle etc. as much as possible.

I will report diet progress in the future! 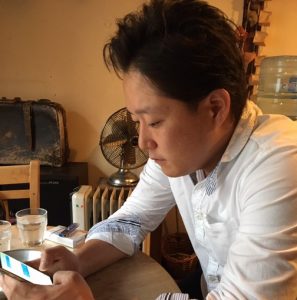